Shutterstock founder and CEO Jon Oringer steps down after 16 years 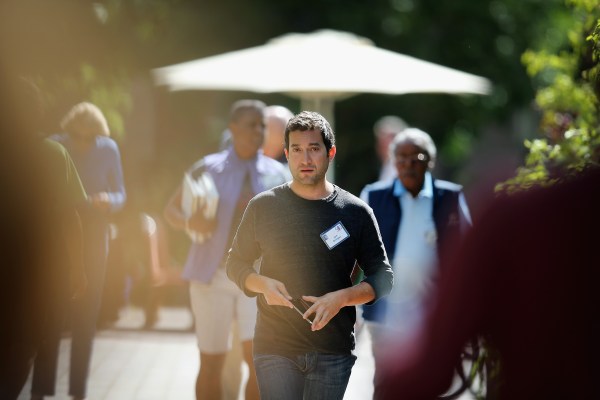 It’s an end of an era — and you might just want to snap a photo of it, and just maybe upload it for others to purchase

Jon Oringer, who founded New York City-based Shutterstock in 2003, announced today that he would be stepping away from his duties as CEO at the photo sharing and commerce company, effective in April. He will move on to be Executive Chairman of the board, and says in a letter posted this morning that he intends “to continue to be involved in the strategy and direction of the business including yearly planning, regular off-sites, M&A, capital allocation, and other large initiatives.”

Shutterstock, a publicly-traded company that debuted on NYSE in October of 2012, has grown prodigiously from its humble origins as a startup. The company today has a market cap of just under $1.5 billion, and has seen reasonable revenue growth over the past few years, expanding from just shy of $500 million in 2016 to $623 million in 2018. The company has been profitable, posting a full-year net income of $31 million in 2018, according to Yahoo Finance.

In his letter this morning, Oringer says that his proudest accomplishment though was disbursing more than $1 billion in earnings to freelance photographers and other creatives through the platform since its founding.

The timing of the announcement coincided with Shutterstock’s Q4 and 2018 financial results yesterday, which were a mixed bag. Overall revenue increased by 4% compared to a year ago, but net income sank 63%, and net income per share also declined by nearly 22%.

Those middling results were in line with the company’s trajectory over the past few years. The company’s market cap peaked in early 2014 at nearly $3.5 billion but has since hovered between $1 billion and $2 billion since 2015. Oringer says in his letter that he is the largest shareholder today in the company.

In addition to the company’s somewhat lackluster financial results, Shutterstock has also gotten into hot water recently over its censorship of search results in China. Sam Biddle at The Intercept showed in November last year that the company plowed over internal employee concerns in its pursuit of additional revenues from the Middle Kingdom.

Challenges around censorship, representation, and ultimately business fundamentals like revenue growth and profit will be on the mind of Stan Pavlovsky, who has moved up through a number of roles at the company and will assume the CEO title upon Oringer’s departure.